Mason Lane continued to impress the shooting community by taking first place in Production at the International Practical Shooting Confederation (IPSC) US Nationals in July. Focusing primarily on USPSA and IDPA during the last two years, Lane – a top amateur in the sport – reset priorities early this summer, and the dedication shows. 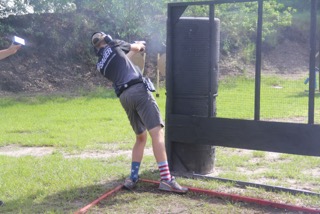 The second stage he had difficulty with was actually his favorite. “Every transition on the stage was a change in difficulty and you had to run out to a pick-up start,” Lane commented. “Even though it was only 16 or 18 rounds, that’s the type of stage design I enjoy.”

When asked about preparation for the IPSC matches, Mason mentioned he needed to make some gear changes and get comfortable with the different rules. For IPSC matches, shooters are not allowed to take a sight picture at the make-ready command, and they have a very limited amount of time to put a stage plan together.

Lane also shot a few United States Practical Shooting Association (USPSA) matches applying the IPSC rules, including staying within the fault lines during the stage run. “I’m so used to the USPSA rule set, I didn’t want to loose points on a rule violation in Florida or in France later this month,” Lane commented. 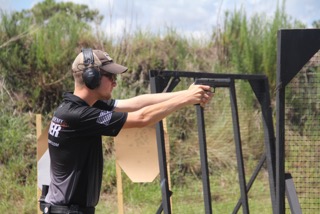 Lane was also thankful SIG Sauer Academy provided him range time and the ability to easily set up practice drills. “The long distance swingers at the IPSC US Nationals really showed me what I needed to work on,” Lane continued. “If you stopped by to visit me at the bay recently, I was shooting swingers and I really appreciate the accommodations SIG provided.”

Next up for Lane is a trip to the National Shooting Center in Châteauroux, France for the IPSC Handgun World Shoot. The multi-day match – 30 stages shot over five days – will have more 1,400 shooters attending. The main match starts on Aug. 27, but events and pre-matches started Aug. 21.

Mason earned a slot at the World Shoot thank to his excellent performance at the 2017 IPSC US Nationals and previous USPSA and  IPSC Nationals. More than 50 shooters earned invitations this year, and this will be the first time Lane attends a World Shoot. 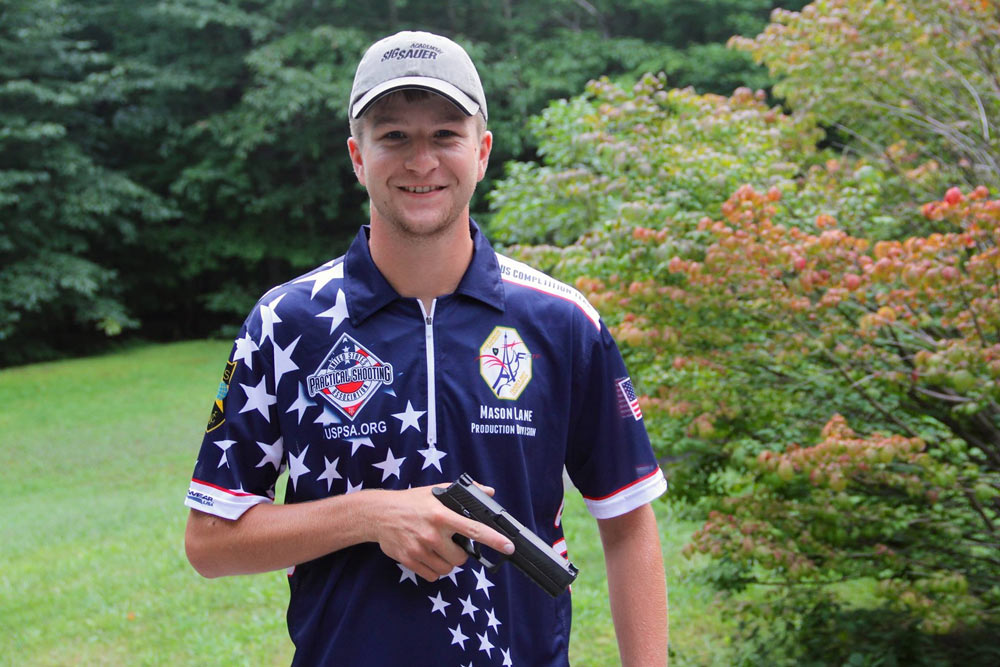 When shooting in the USPSA Production and Limited divisions, Lane competes with a Grayguns-tuned SIG SAUER P320. For IPSC, he shoots a stock P320 with a Grayguns sights custom built by SPD Tool.