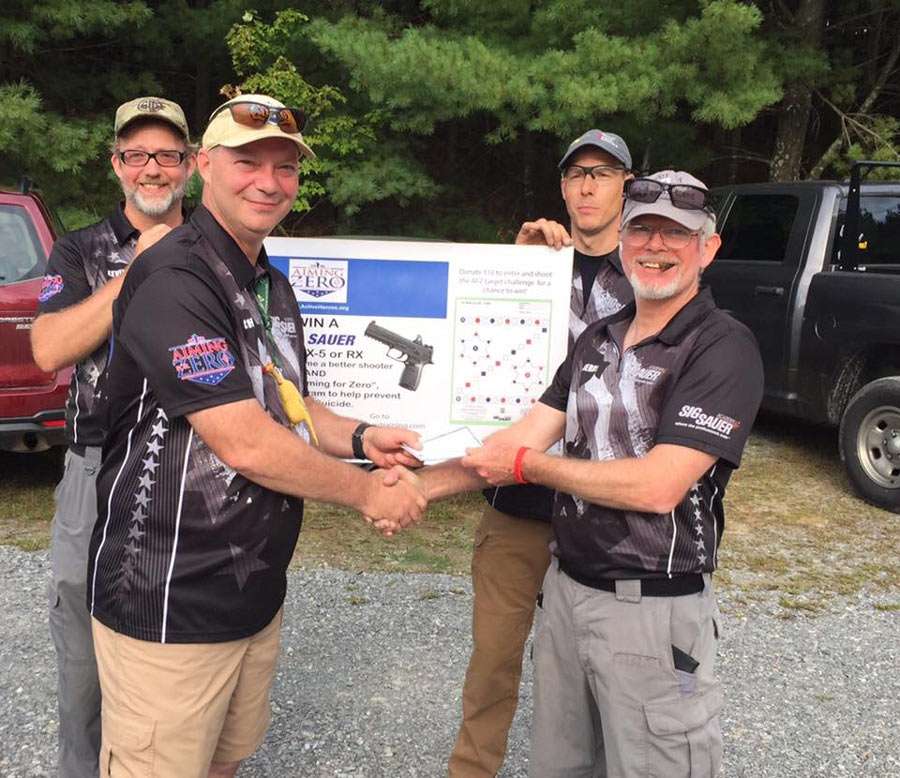 A huge thank you goes out to everyone who participated in this summer’s Aiming for Zero charity promotions. To kick off the USPSA Area 7 Championship in Harvard, Mass., Jerry Tetreau announced the charity events and target purchases raised almost $5,600 for Active Heroes. Grayguns handed out almost 500 targets at the NRA Annual Meeting in Atlanta, Georgia

Adam Taylor was the winner of the SIG Sauer® P320 RX and Ted Bradford won the P320 X-Five. The guns were supplied by SIG Sauer Academy and both winners have the opportunity to get Grayguns trigger action work completed for free.

Grayguns contributed to the effort by committing to donate 5 percent of our in-house action work revenue between Independence Day and Labor Day. At the Area 7 Championship, we let Jerry and the Active Heroes organization know we were able to raise an additional $4,000 for the charity. Thank you for helping us make this summer’s charity promotion a success!

Active Heroes is an IRS approved 501c3 charity with the mission to support all U.S. military service members, veterans and their families through physical, educational, and emotional programs in an effort to eliminate suicide. Active Heroes’ vision is to eliminate military/veteran suicide.

Aiming for Zero – an integral part of Active Heroes – provides the national competitive shooting community a channel through which to focus their efforts to support ending veteran suicide.