Mason Lane culminated an epic personal week with a win at the 2020 United States Practical Shooting Association's Nationals in the Limited division on Oct. 25. The event - including individual matches for Production and Limited divisions - was held at the Universal Shooting Academy in Frostproof, Fla.

"Congratulations to Mason on his Limited win at the USPSA Nationals this week," said Bruce Gray, President of Grayguns. "We sent a prototype P320 slide to Mason a few days before he left for Florida. He was so focused on the Production match and did so well; then he jumps in and takes the Limited win. It's just such a great achievement." 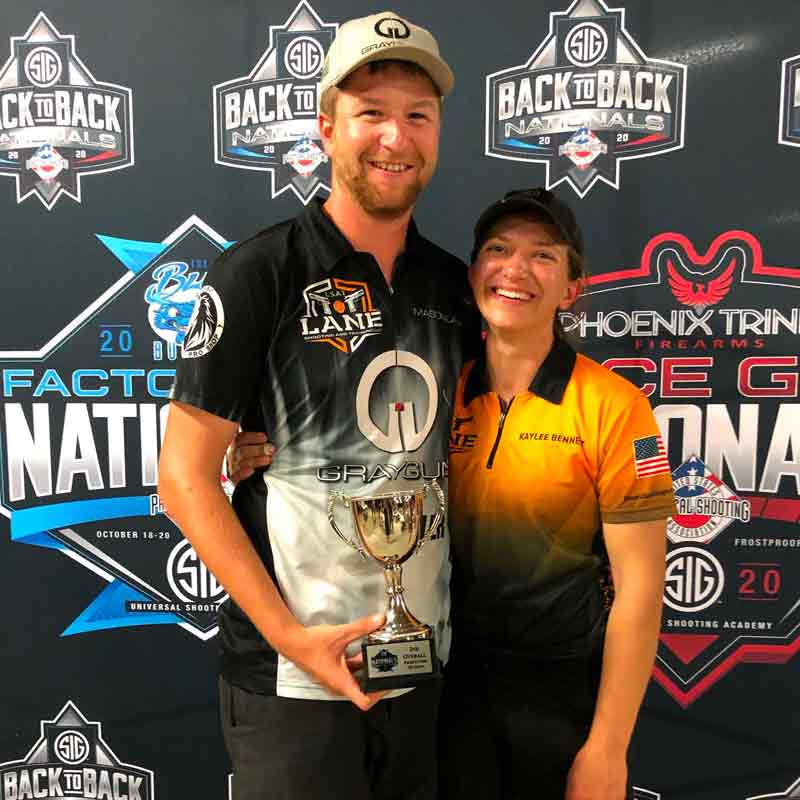 As mentioned, it was certainly an epic week for Mason. In the days prior to his Limited win, Mason took 2nd Place in the Production division on Oct. 20. "I went to Florida with the primary goal of winning Production Nationals this year," Lane said. "It was a fantastic week, but not what we planned."

The P320 platform allowed Mason to shoot the Production division, then swap out the slide and add a magwell within a few minutes to shoot Limited. The setup allows for a consistent feel, pull weight and reset as he was using the same fire control unit for both matches.

Mason said this year's USPSA Nationals staff put together a match he appreciated. More movers and swingers at a match is a challenge he enjoys. "Stage 16 had a mix of three different types of swingers," Lane continued. "With three of 12 targets swingers, I figured a good run would provide a good shot at winning Limited."

Last year, Mason broke his left wrist requiring a long rehabilitation period and a season of shooting strong-hand-only. He noted his shooting skills improved quite a bit during that time, but his competition skills suffered a bit. "Once back to shooting with both hands, I had to reset my training when it came to movement, shooting on the move and getting into position faster," Lane said.

Next year, Mason will focus on the Production division as he prepares for the 2021 IPSC World Shoot scheduled for early December in Thailand. He plans to shoot the Florida State Open in January, Locap Nationals in May, and he does plan to defend his Limited title in October.

During the break between the two matches, Mason and his girlfriend, Kaylee Bennett, were engaged! Kaylee is also an ambassador for Grayguns and finished 1st Lady in Carry Optics A Class. It was certainly a memorable week for Mason and Kaylee.

First national title!! I was super fortunate to win the Limited division at this year’s @theuspsa Nationals!!! A huge thank you is in order to my love @kaybennett96, my folks @carol.lane.334 and Scott Lane, and the companies that help me be successful, @grayguns @benstoegerproshop @sigsauerinc @henning_group @gxproducts #laneshootingandtraining 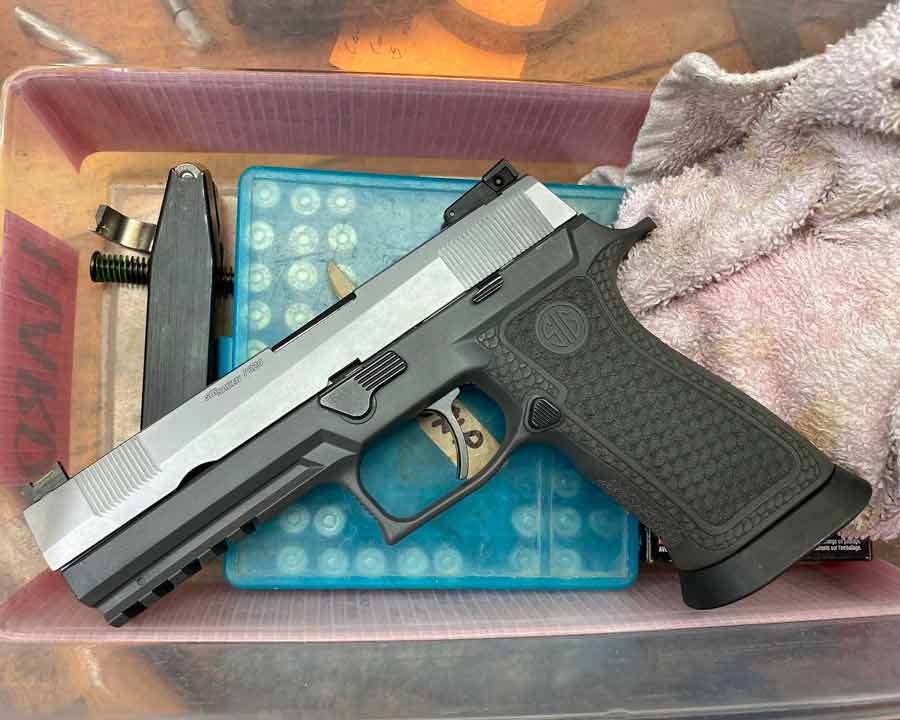 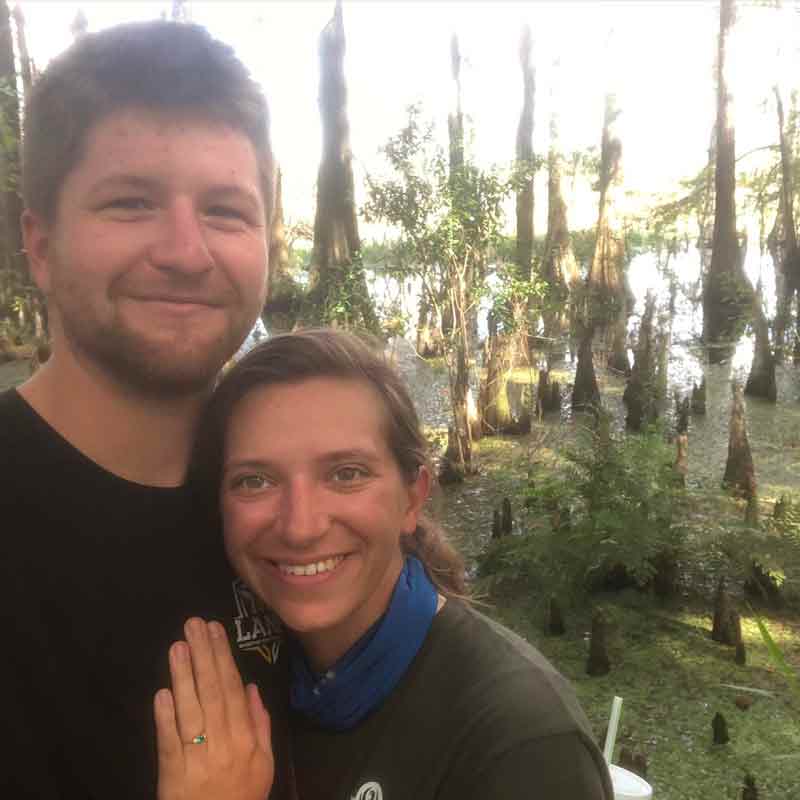 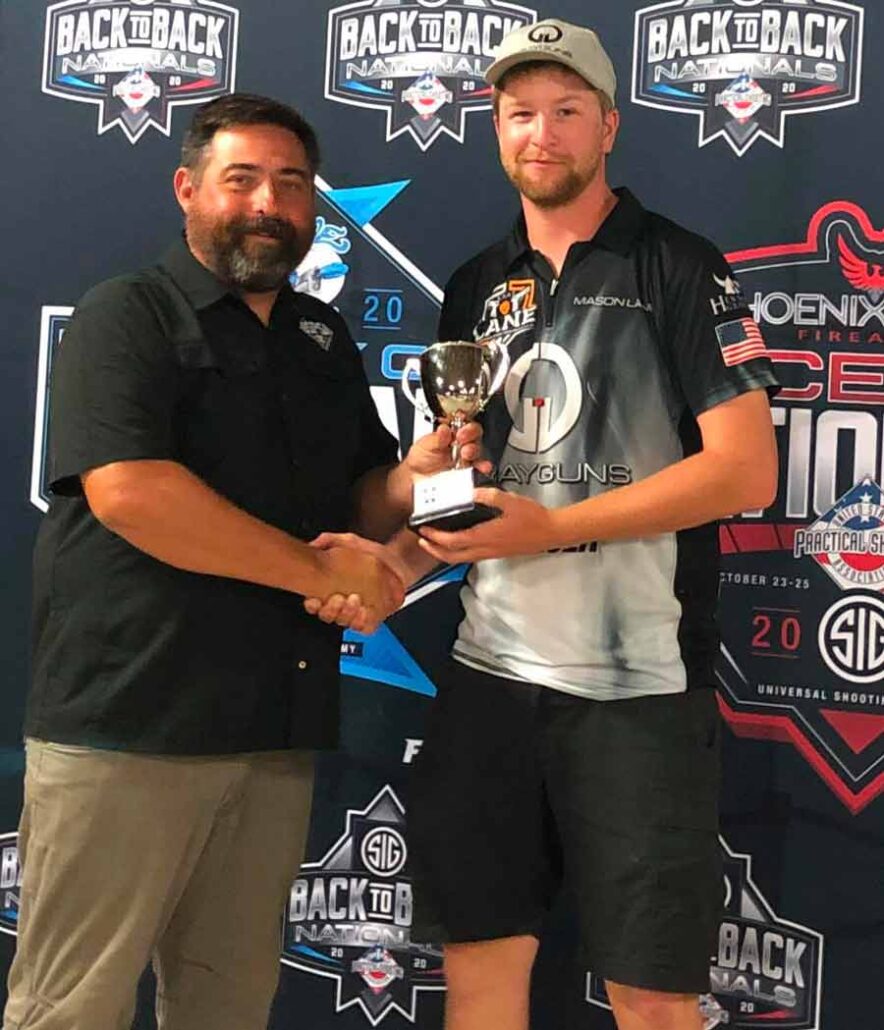 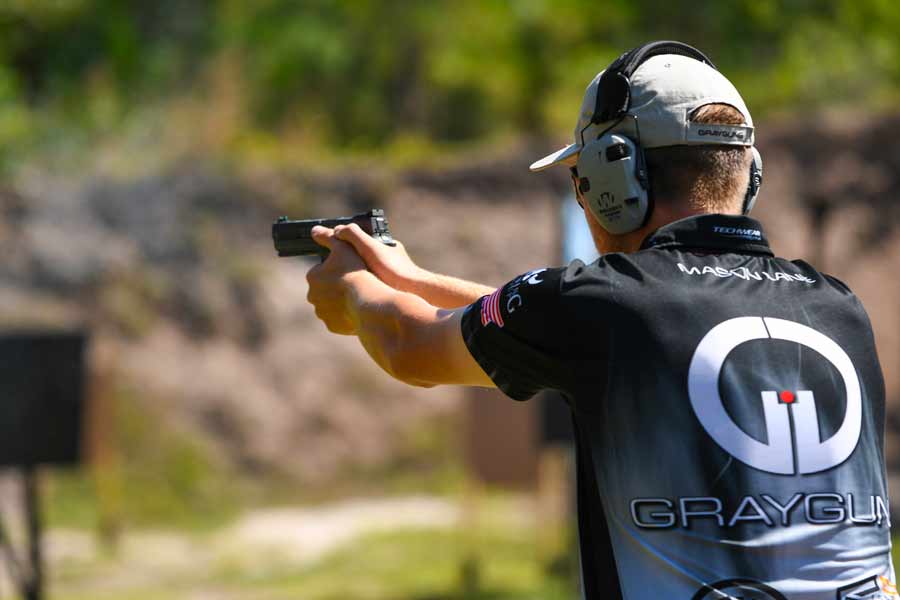 Posted in Articles and Other News and tagged Mason Lane, USPSA